First came the announcement, then the various contributions arrived in the mailbox, and finally, today it is time for the roundup of the 13th edition of Novel Food, the literary/culinary event that Lisa of Champaign Taste and I created in 2007. Novel Food is about literary works (prose or poetry) that inspire the preparation of dishes. Like all its predecessors, the current edition of the event includes an interesting set of readables and edibles.

Please, follow me on a short literary/culinary tour. For each contribution, I will offer a small bite to whet your appetite for more: follow the link to read the details of the inspiring work of literature and of the inspired recipe. I hope that by the time you reach the end of this post, you will have a nice reading and cooking list to be used in the near future. 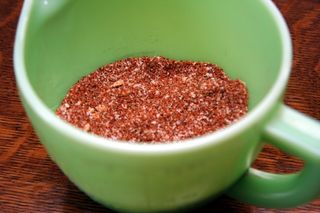 As a child, Ruhama of rumahama loved Dominc by William Steig: the book has inspired her to prepare Baby back ribs with a special rub

"Dominic is a dog with ambition. He's ready to see the world, so he sets out to do just that... Almost immediately, he runs into the Doomsday Gang, who plague him (as well as everyone else he meets) for the rest of the novel. He also makes several new friends, as well as inherits a vast treasure. This is a tale with several adventures, fun characters and makes you think about your approach toward life."

"a fascinating and profound story about identity and personal conflict. The story takes place in Paris, where the heroine Renée, a French concierge in an apartment building full or aristocrats, keeps her intellectualism hidden from the outside world and assumes the appearance of a common, uneducated woman. Her only friend, Portuguese Manuela, is in on her secret." 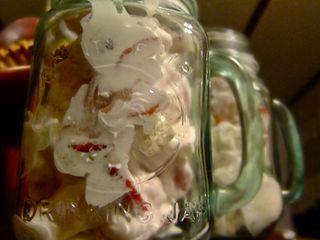 "Once you've read the book, you should definitely make it a point to see the 1942 film adaptation with the marvelous Ronald Colman as Charles Rainier/Smithy and the luminous Greer Garson as Paula. Yes, Random Harvest was made into a movie, just like James Hilton's other famous novel, Goodbye, Mr. Chip." [also starring Greer Garson] 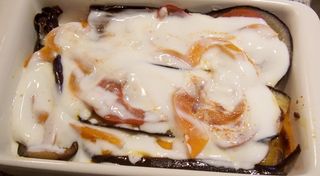 Seierstad, a journalist, goes to Kabul just after the fall of the Taliban in 2001. She moves in with a bookseller and his family and lives with them for five months to write a book about them. Her book "reads as a novel, rather than as non-fiction." A wedding feast provided inspiration for the two dishes. 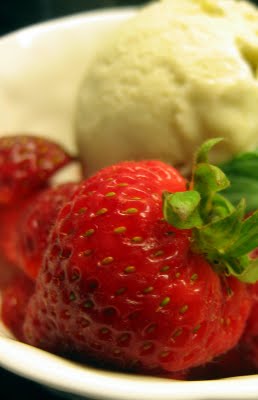 Sandi of Whistlestop Cafe Cooking read Beyond the Pasta by Mark Leslie and prepared a summer treat: Basil Gelato

"Every year [Leslie] travels to Italy and lives to eat his way through every plate of pasta and cone of gelato... He does a beautiful job of filling this book with the flavors and scents of Italy... This a novel and a recipe book all rolled into one delicious read." 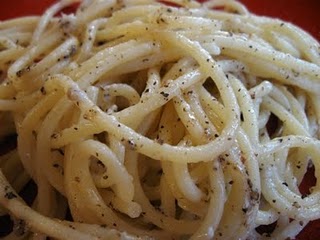 Adele of tales of the basil queen found inspiration in The Tutor, a short story by Nell Freudenberger, and prepared Cacio e pepe

"Sometimes the stories we love best are not those that teach us something about other lives, but those that echo our own. These are stories in which we meet characters we know, and see our own thoughts laid out on the printed page. Stories in which we find that a stranger has described us better than we could describe ourselves." 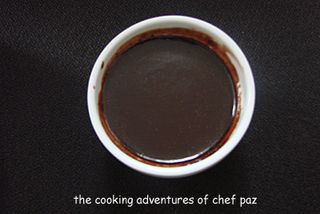 "a historical fiction about ice cream and two people [a handsome, Italian ice cream maker and a beautiful but poor, French lady-in-waiting] caught up in the political climate between France and England in the 1600s and the wills of the two kings... Who knew that the subject of ice cream combined with 17th century French/English politics would be so fascinating?" 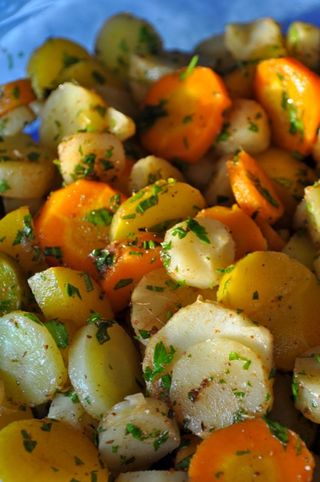 The novels are mysteries set in ancient Rome. Reading them "was like revisiting knowledge I had acquired when studying Roman history and art history, and Latin language and literature, but with a different perspective... I really like to imagine Rome as it was then (I century BCE), with locations and buildings I know from art history and from visits to the Eternal City.

My special "thank you!" goes to the event's participants. The next edition of Novel Food will be in the fall: I will announce it here and on The Food Blog Diary, so stay tuned. The Food Blog Diary is the lovely event announcement site created and maintained by Jacqueline of Tinned Tomatoes. Visit the site to read about current events and let her know about your event and she will post it on her well-organized site. Thank you, Jacqueline!

This is a great round-up! There are several recipes... and books that I need to check out.
And honestly~~~ y'all read 'Beyond the Pasta'

I love how all these books inspire wonderful dishes. Thanks for hosting this fun event. Whenever I read a book, I always have novel food in mind. ;-)

Yay! Lovely roundup! Off to read and expand my reading list, as usual!

A gorgeous round ip of inspired dishes Simona.

Your event certainly worked for me: I have my reading list ready for the summer (and a cooking list as well). Thanks Simona and all those who contributed!

Thanks, Sandi. It is certainly nice to see that Italy keeps inspiring good books.

You are welcome, Paz. It happens to me too. And it is not always easy to choose which book to feature.

You are welcome, Caffettiera. I am glad you enjoyed the roundup.

What a very nice roundup, and a whole bunch of great-sounding (and -looking) dishes and books! Lotta good ideas for cooking and reading here.